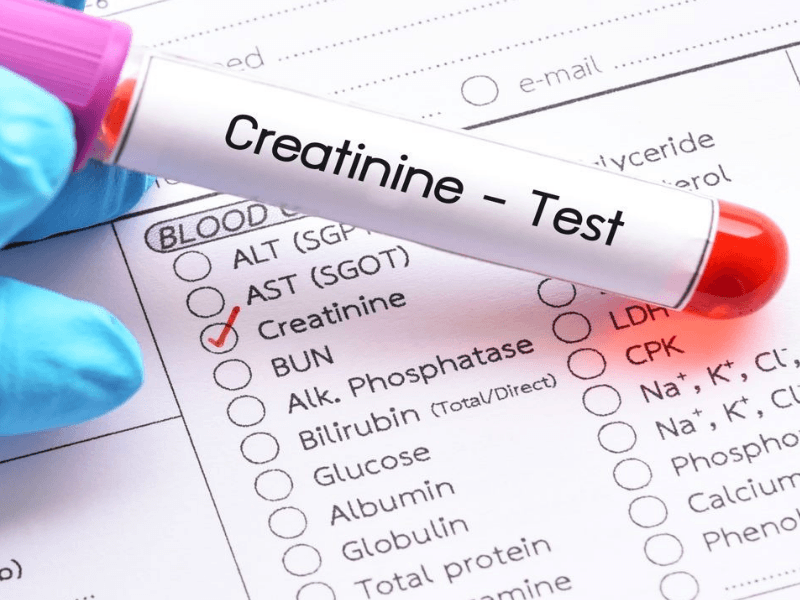 The most popular and consistent test for adulteration of drug tests is creatinine. Many people confuse this with creatine, but what is creatinine and how does it indicate that a drug test has been tampered with? Creatinine concentration is checked during standard urine drug tests.

Creatinine is the primary metabolite of creatine that is produced when creatine is broken down in muscles. It is then expelled in the urine.

Since creatine is produced by the body at a consistent rate and it’s almost entirely removed from the blood stream by our kidneys it can be used to tell if our kidneys are functioning properly and also as a benchmark for the dilution of a urine sample.

What is a Normal Level for Creatinine Testing?

The normal range for human urine is measured in milligrams per 24 hours. The expected range is 955 to 2,936 milligrams (mg) per 24 hours for males, and 601 to 1,689 mg per 24 hours for females. For medical testing a patient is often asked to capture their urine for a 24 hour period to get a more precise reading. For drug test adulteration testing the creatinine level is just a snapshot from a single sample.

For a urine adulteration test the cutoff level for creatinine is usually very low, often <5mg per deciliter. Levels in urine lower than this cutoff are not consistent with human urine and usually indicate an individual has engaged in water loading before being tested.

Usually for a sample that fails an adulteration test the urine will be clear and the urine sample will also have a specific gravity that falls outside the normal range (1.003 to 1.030). Some of the color can be replaced by ingesting a high level of vitamin B12, but not enough.

If a physician finds creatinine levels in someone’s urine to be abnormally low and they do not suspect adulteration they will schedule other tests to determine the cause. If levels in the blood are high this usually means there is an issue with kidney function.

The normal range for a blood test is 0.84 to 1.21 milligrams per deciliter.

Several diseases and scenarios can cause abnormal readings.

There are several supplements and activities that can alter levels. 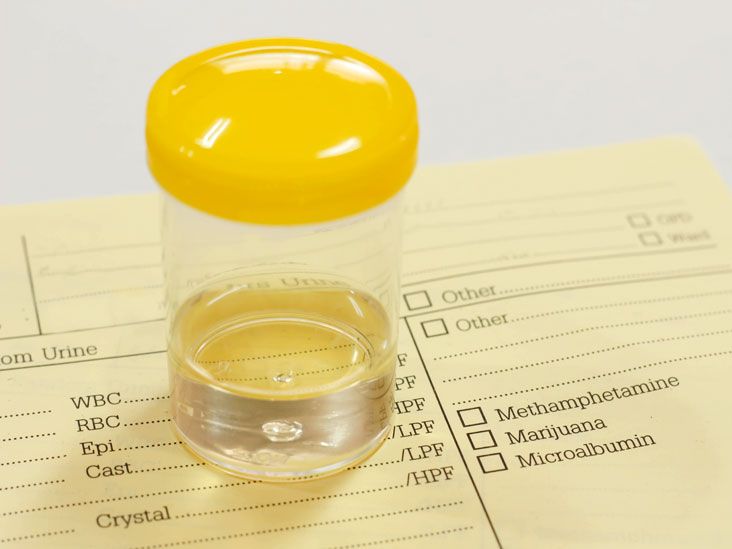 The most common drug test adulteration technique is drinking water to dilute a urine sample. The variation in water expelled in urine from person to person makes it hard to detect and since the urine still comes from the subject’s body temperature strips and observation witnesses cannot detect water dilution. How much water does it take to dilute a drug test enough to pass though?

The first thing you need to know is how urine drug screens work. They contain antibodies that attach to metabolites in the urine of the person being tested. The test determines if the amount of antibodies which correlate to a drug in the urine are over or under a specified cutoff level.

Other testing methods determine the exact quantity of metabolites as well as several other levels such as creatinine, protein and pH. In these more advanced laboratory tests the creatinine level in the sample is a clear indication of water loading and the sample will either be corrected and normalized based on the creatinine levels in your urine or will be marked a failure for dilution outright.

Past a certain point urine dilution will raise suspicions or lead to a failed test, however for someone that doesn’t drink the recommended daily allowance of water under normal circumstances drinking water can significantly lower the concentrations of metabolites in your urine without turning the urine completely clear and without failing an analysis for low creatinine levels.

Did You Know? The average person urinates between 35-50 ounces every day and makes an average of 4-10 trips to the bathroom.

The average healthy adult has a bladder that will comfortably hold 16 ounces or 2 cups of liquid. Water loading works by increasing the excess water in your body so the bladder will refill with excess water before the normal mixture of byproducts and the normal level of water used to expel these byproducts accumulates back into the bladder.

The timeframe of ingestion matters as much as how much water you drink. It takes between 45-120 minutes for ingested water to start pushing urine out of your body.

Since a drug test captures a single photograph of your urine content, the goal of someone trying to adulterate their urine by water dilution is to have the optimum ratio of excess water and normal urine at the time they submit their test.

When it comes to urine dilution you really need to ask yourself 2 questions.

It is hard to say exactly how much water you can ingest before your urine starts to come out clear because there are so many variables, but in a 1-2 hour timeframe approximately twice bladder capacity plus the amount of water your body is expelling through sweat and cellular process results in clear urine. Roughly 32 ounces of water in a 1-2 hour period will bring your urine to the point it will start to be completely clear.

Now that we know the level of each metabolite your urine must be under you need to know the level of the metabolite currently in your urine. You could send a urine sample off for a laboratory gas chromatography and mass spectrometry test but that would be prohibitively expensive. The best most people can do is guess.

In one study Urinary Elimination of 11-Nor-9-carboxy- 9-tetrahydrocannnabinol in Cannabis Users found that out of the 60s subjects admitted to the test they were evenly spread out between the groups of <50ng/ml, 50-150ng/ml and >150ng/ml. The studied showed that higher concentrations took much longer to eliminate detectable levels from their system.

Users that were under the 50ng/ml cutoff at the beginning routinely started passing drug tests on the first or second day. All subjects that were under the 50ng/ml cutoff had eliminated all detectable THC metabolite (<5ng/ml) by day 8. It took 15 days for half the users between 50-150ng/ml to eliminate detectable THC metabolite. 80% of users that started over 150ng/ml level still had a detectable amount of THC in their urine at the end of 30 days.

The good thing for a user wanting to pass a drug test is that instant drug tests have a 50ng/ml cutoff. That means that light users will pass a normal test in 3-7 days and the average user that starts below 150ng/ml will be able to dilute their urine by half on the 2nd day and pass a test, which is the top of the range of how much water you can ingest without turning your urine totally clear.

Is Water Dilution Illegal or Unethical?

The god news is that the optimum water content of urine to have the best chances of passing a rigorous drug test is also around the normal recommended daily allowance for water. Since you do not want your urine to be totally clear you’re aiming for a pale straw coloration that is indicative of optimum water intake.

Most people do not drink the recommended amount of water, and it also causes their urine to have longer detection times than people that stay well hydrated.

If you drink so much water that your urine is clear and your body is passing urine with low levels of creatinine it is unethical and it could also lead to punishment depending on the circumstances of your drug test. Adulterating a drug test is illegal in many states and some prosecutors would make the argument that urine diluted by drinking an excessive amount of water is a clear case of adulteration.